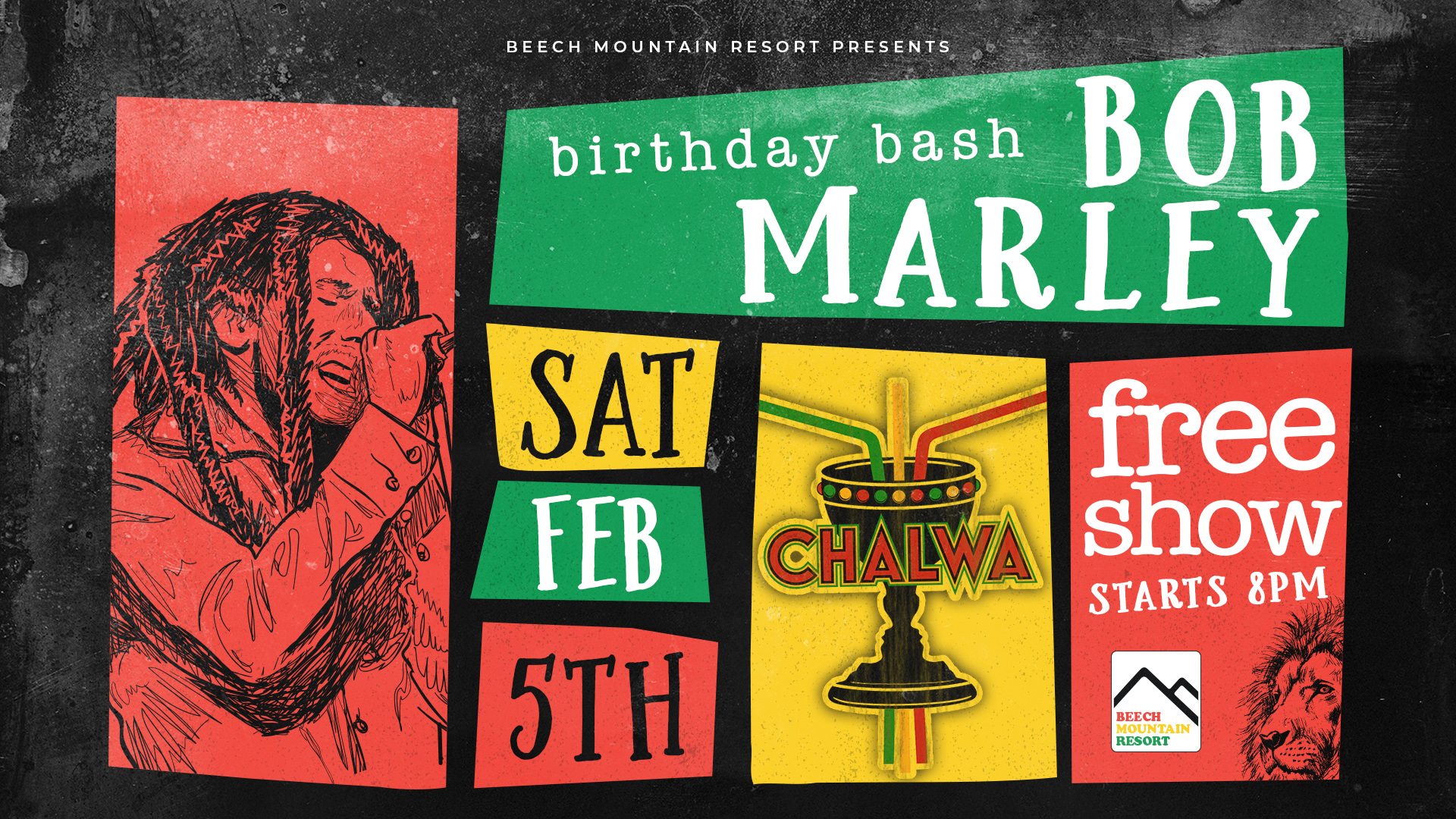 Join us in the Taproom for live music from Chalwa to honor and celebrate the legend himself Bob Marley. Music kicks off at 8 p.m. This show is free and open to all ages.

Jamaican Roots bud a hybrid strain of Appalachian Mountain Reggae in the Ancient Blue Mountains of Western North Carolina. Chalwa’s high energy shows are one of a kind, combining roots meditations with high grade jam rock and dub creations. This 8 membered crew packs it full of percussion, bass, lead guitar, keys, saxophone and vocals that awaken your spirit and soul. Welcome to the tribe!
After hitting the scene in 2006, Chalwa toured throughout the southeastern US and Jamaica. They Have shared the stage with reggae greats such as: Steel Pulse, Midnite, Groundation, The Meditations, Bambu Station, SOJA, Pato Banton and many more. Chalwa released their first CD in 2009 and were voted one of the top World Music Reggae bands by the ASHEVILLE entertainment paper the MountainXpress in 2010. Chalwa recorded 3 more albums over the past 10 years, continuing to cultivate and grow both their sound and impressive crew.
In 2020, Chalwa released their latest album “NewRootz”, honoring their producer and engineer J Ferris of NewRootz Studio and dropped a powerful album solidifying their current sound. Surfing the resonant frequencies, Chalwa followed the release with 2 more singles, “Questions” and “What’s it Gonna Be?”, blasting both themselves and NewRootz Studio into a new realm of recordings sessions and releases.
This year Chalwa and NewRootz Studio launched a 24/7 Mountain Reggae Radio station featuring their massive personal archive of live studio and live show recordings. With weekly online shows and additions, they are quickly building one of the most extensive and versatile collections of recorded music of their era.